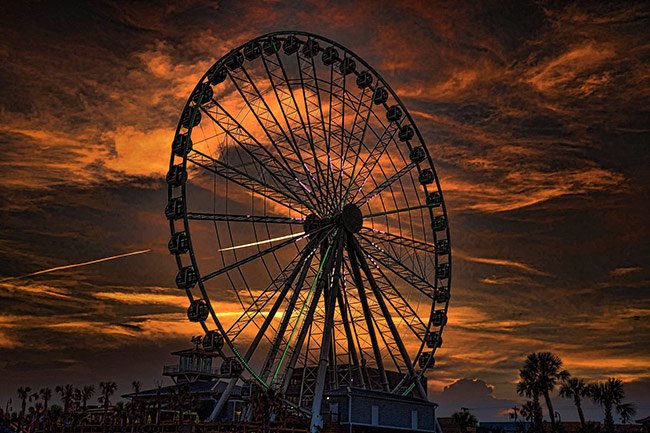 Steve Moore of Rock Hill, 2018 © Do Not Use Without Written Consent

Though it seems like the SkyWheel is large enough to eclipse the Myrtle Beach skyline, the architecture of the city is eclectic and vibrant enough to stand on its own. The SkyWheel and colorful buildings complement each other in the below view taken from the Second Avenue Pier. 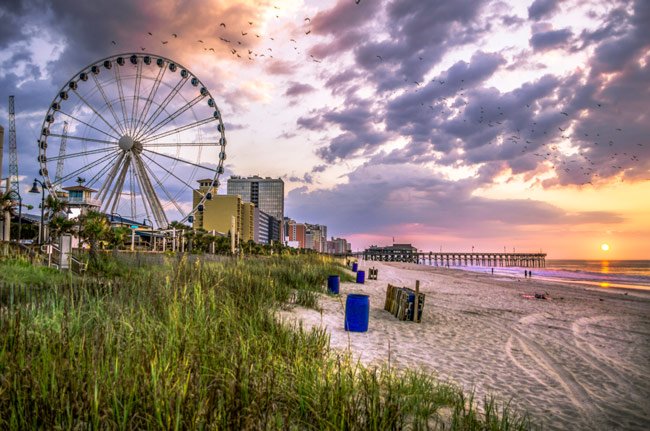 David Smith of Little River, 2015 © Do Not Use Without Written Consent

The SkyWheel was built 20 feet above sea level to protect it against storm surges. The structure can withstand winds up to 137 miles per hour, though gondolas must be individually removed in the event of stronger winds. Each gondola is climate-controlled and holds up to six people. 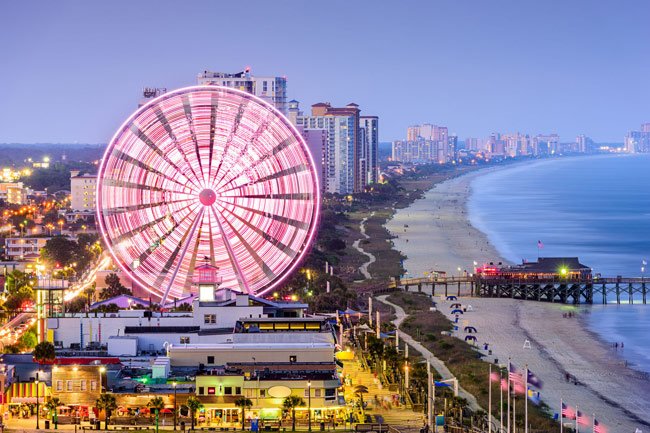 In the evenings the SkyWheel projects a light show with over 1 million LED lights. Children of all ages are welcome; it can be a great adventure for the entire family or a romantic ride for two. Even in the midst of the Grand Strand’s brightest lights, the Myrtle Beach SkyWheel stands out like a beacon, guiding visitors to arguably the best view in the state. 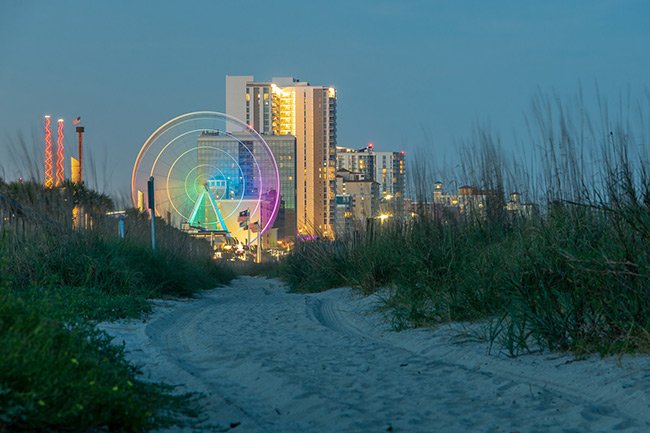 Chuck Lawhon of Myrtle Beach, 2019 © Do Not Use Without Written Consent

Reflections on the Myrtle Beach SkyWheel

Contributor Andy Hunter made the following observations on his latest visit to the Grand Strand: “It’s been years since I’ve visited Myrtle Beach. The last time I was here, there was a mall where a vacant lot is now. The SkyWheel has also been added and provides an iconic presence in downtown Myrtle Beach.” 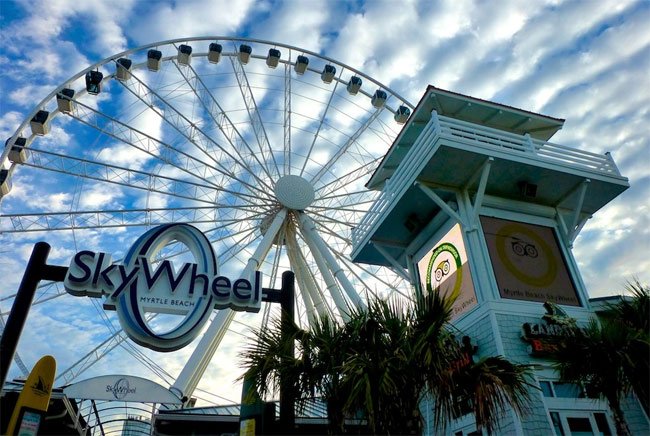 Gregg Turbeville shares of his night sky photo below: “On November 14th, 2016 (the night of the Super Moon), the conditions were very cloudy around Myrtle Beach. I went out at moonrise and tried to get a picture, but only got a glimpse. All the buzz had died down by the next day, but the moon was still almost as big and bright. While waiting for moonrise over the ocean, I snapped a picture of the hotels and SkyWheel. It was a good thing I did, because the moon by itself over the dark ocean was unremarkable.” 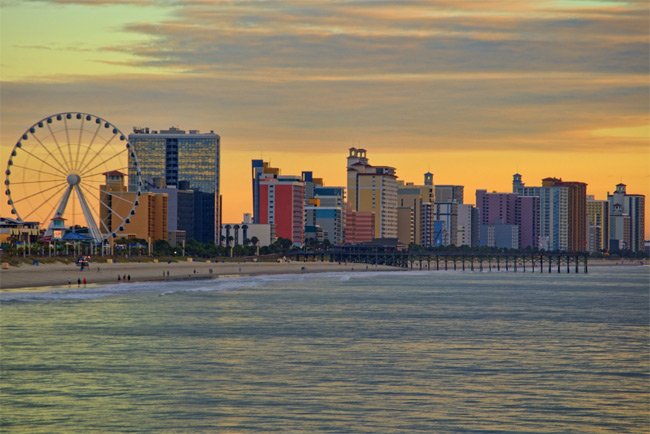